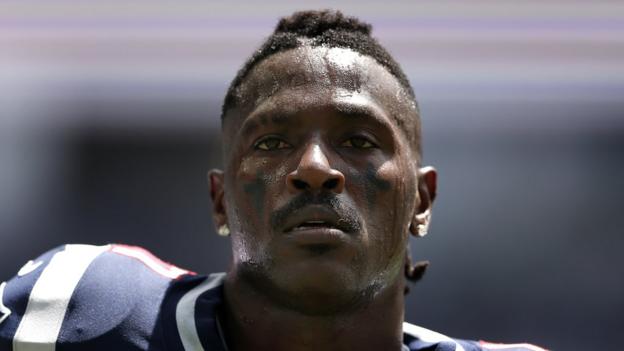 NFL wide receiver Antonio Brown has been granted bail after turning himself in to police over allegations he and his trainer attacked a truck driver outside his Florida home on Tuesday.

Brown is facing charges of burglary with battery, burglary of an unoccupied conveyance and criminal mischief.

He turned himself in on Thursday, a day after police issued an arrest warrant.

His trainer, Glenn Holt, is charged with one count of burglary with battery.

Brown was released on a $110,000 (£84,000) bond, though a Broward County judge imposed several conditions including a mental health evaluation, a GPS monitor and surrendering of his passport.

Brown is a free agent after he was released by the New England Patriots in September.