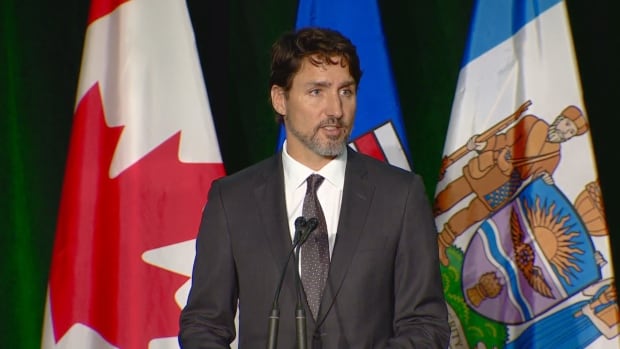 Prime Minister Justin Trudeau and his Liberal cabinet ministers will arrive in Winnipeg Sunday for a federal retreat.

In a press release issued by the Prime Minister’s Office on Monday, Trudeau said cabinet will discuss climate change, reconciliation and public safety during a the three-day retreat held in the city from Jan. 19-21.

“I look forward to a productive Cabinet meeting in Winnipeg, a fantastic city and an important economic and cultural centre for the Prairies,” Trudeau said in a press release.

Ground zero for the National Inquiry into Missing and Murdered Indigenous Women and Girls, and home of the 2019 Grey Cup champions, Winnipeg broke its old homicide record with 48 homicides in 2019.

The prime minister has named two Manitoba MPs to his inner circle.

Dan Vandal, who represents Saint Boniface-Saint Vital, was appointed minister of northern affairs. Jim Carr, who represents the riding of Winnipeg South Centre, was selected as Trudeau’s special representative for the Prairies.

The last time Trudeau appeared in Winnipeg was just days before voters elected a new minority Liberal government on Oct. 21, 2019.

“In October, Canadians sent a clear message that they want a government that finds common ground and ensures that everyone, from every region, benefits from a strong and growing modern economy. That is exactly what our government will deliver.”

The cabinet retreat in the city will also focus on Ottawa’s relationship with provinces, cities and municipalities, according to a press release.

Meanwhile, the Iranian community continues to mourn the death of 57 Canadians killed in Ukrainian International Airlines Flight PS752 when it was shot down by Iranian military forces in Iran on Wednesday. Eight victims had been living in Winnipeg.

Trudeau’s office did not say whether he plans to meet with the family and friends of the plane crash here in Winnipeg.

A government spokesperson said his office would share details of his itinerary later on this week.