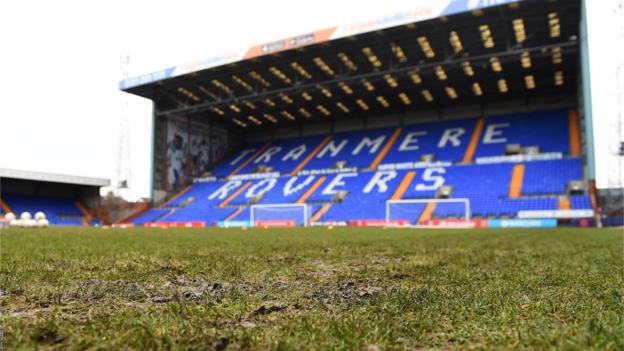 Tranmere’s FA Cup third-round replay at home to Watford on Tuesday has been postponed due to heavy rainfall.

Liverpool Women’s match against Manchester United at Tranmere’s Prenton Park home was postponed on Sunday and further bad weather is forecast throughout Tuesday.

The first game between the clubs ended in a thrilling draw as the League One side fought back from 3-0 down.

No revised date has yet been finalised for the fixture to take place on.

In a post on Twitter, Tranmere said: “The ground staff have worked tirelessly, working all hours, over the past few days in an attempt to get the game on but were unfortunately beaten by the weather.”

Tranmere had earlier said a normal pre-match pitch inspection was due at 18:30 GMT, but with more heavy rain falling the game was called off around 13:30 GMT.