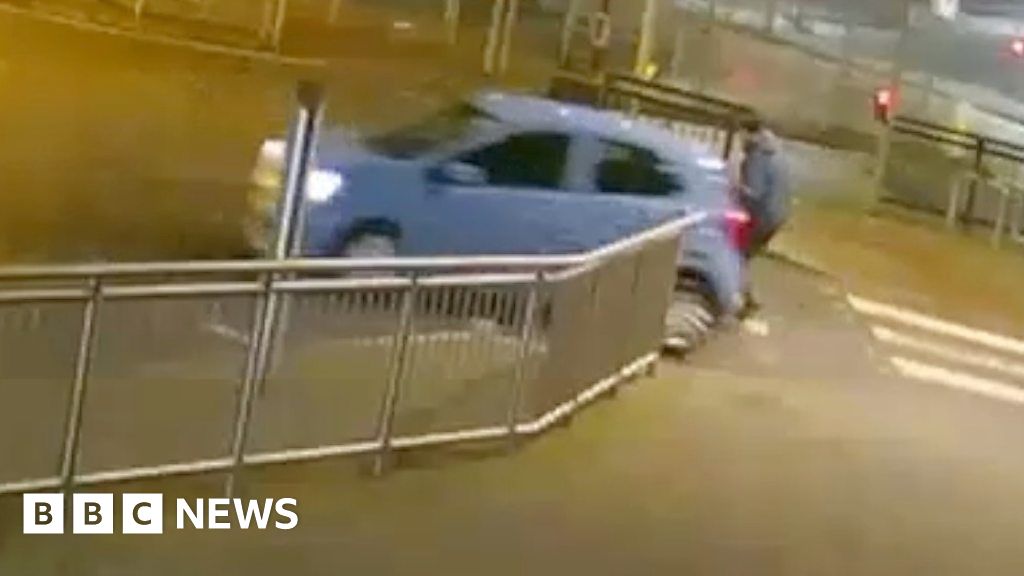 The moment a car reversed into a pedestrian in a Buckinghamshire town, leaving the victim with a broken leg, has been captured on CCTV.

It happened as the 48-year-old man walked along Oxford Road, High Wycombe, soon after 22:30 GMT on 27 December.

Thames Valley Police released the footage to appeal for witnesses and trace the light-blue car.

Det Insp Steve Fox said people came to the aid of the victim before police arrived and he wanted those helpers to get in touch with any “valuable information” they may have.